After Maharshi, Dil Raju-Vamshi Paidipally team up for a biggie
Published on Jun 2, 2019 10:00 pm IST 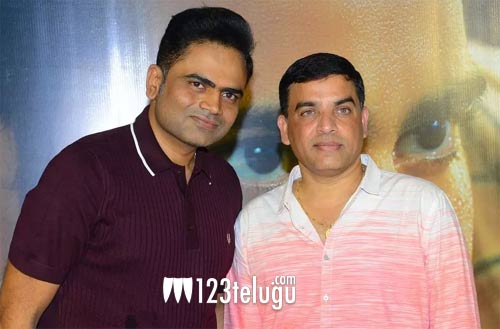 Mahesh Babu’s silver jubilee film, Maharshi, has turned out to be the highest grosser in his career by collecting over Rs 100 crore share worldwide. The film has even surpassed Khaidi No 150’s full-run collections and will end up as the all-time fourth highest Tollywood grosser, after the Baahubali franchise and Rangasthalam.

Recently, Dil Raju interacted with the media and revealed that he is going to produce Maharshi’s director Vamshi Paidipally’s next project as well. Dil Raju further said that Vamshi has prepared a rock solid script and that the film will become yet another blockbuster in their combo, after Brundavanam, Yevadu and now Maharshi.