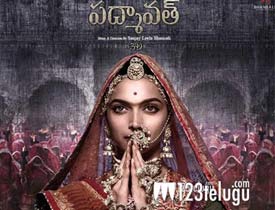 The success of Padmavat was just what Bollywood needed to set its eyes on more period dramas, despite all the drama surrounding the Sanjay Leela Bhansali’s film release. Already, Saif Ali Khan is making a period drama set in Rajasthan, and now Ashutosh Gowarikar has announced his next film which is based on one of the bloodiest battles in Indian history.

Titled as ‘Panipat’, the film will focus on the battles that the Mughals fought with various other Indian kingdoms, including the Maratha empire, to rule over the country during the 15th and 16th century. Incidentally, Ashutosh had previously made Jodha Akbar which also highlighted the connection between the Mughals and Rajputs.

The director, who had previously made Mohenjodaaro, has roped in Arjun Kapoor, Sanjay Dutt, and Kriti Sanon to play the lead roles. And it is slated for release on December 6, 2019.