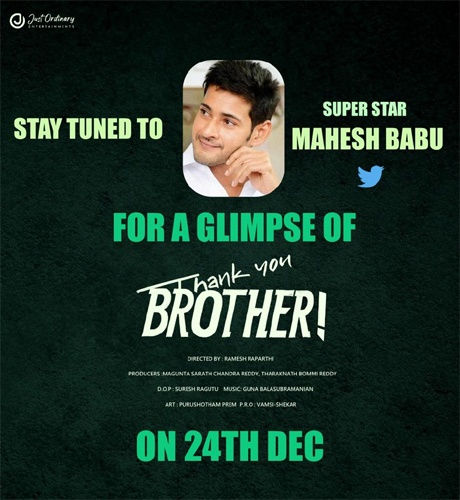 Mahesh will be unveiling the first glimpse of Thank You Brother on his social media pages tomorrow (Dec 24). Young actors Viraj Ashwin and Monieka will be seen in crucial roles in Thank You Brother. The film is being directed by debutant Ramesh Raparthy and producer by Magunta Sarath Chandra Reddy and Taraknath Bommi Reddy.