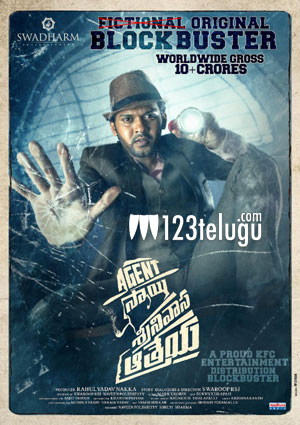 Here’s some exciting news. Agent Sai Srinivas Athreya, the critically acclaimed detective thriller starring Naveen Polishetty, will soon get a release in Japan. The film will be dubbed in Japanese and it will hit screens on September 11.

ASSA released a little over a year ago and it was directed by debutant Swaroop and produced by Rahul Yadav Nakka, with Shruti Sharma making her debut as the female lead. The film will soon be remade in Hindi, Tamil and Kannada. Also, the makers are currently working on the script for the film’s sequel.