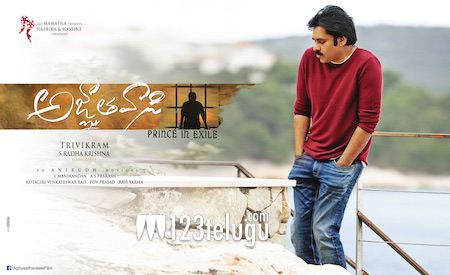 Now, the latest update is that Agnyaathavaasi has completed its censor formalities just a while ago and received a UA certificate from the censor board. The film is carrying a huge positive buzz in trade circles.

Directed by Trivikram, Agnyaathavaasi has young beauties Keerthy Suresh and Anu Emmanuel as the female leads. S Radhakrishna has produced the movie and Anirudh has composed the music.