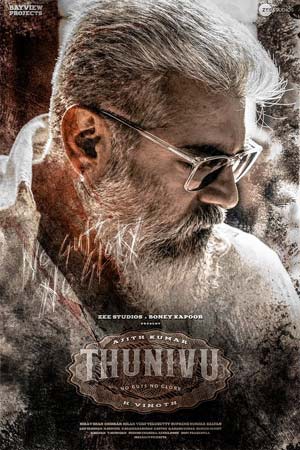 Star actor Ajith Kumar starrer new film is titled Thunivu. Directed by H. Vinoth of Valimai fame, the movie’s first look was revealed and it received a humongous response from fans and audiences.

Today, the makers have unveiled the second look poster, which is quite impressive. The salt and pepper look of Ajith stuns everyone. Report is that the third look poster will also be released today at some time in the evening.

Billed to be a heist thriller, the movie has Samuthirakani in a key role. Produced by Boney Kapoor under Bay View Projects LLP banner, the movie is currently in the shooting phase. Ghibran is scoring music for this movie.