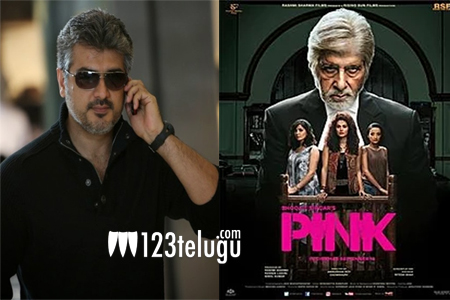 It is a known fact that Ajith is doing a film in the direction of H Vinoth of Khakee fame. The film is the remake of the hit Hindi film Pink and most of the shoot will happen in Hyderabad.

The latest we hear is that Ajith has started shooting for the project today. The film has Vidya Balan playing a key role in the film which also has Shraddha Srinath as one of the heroines.

The yet untitled film is a courtroom drama and Ajith will be seen as a lawyer in the film.