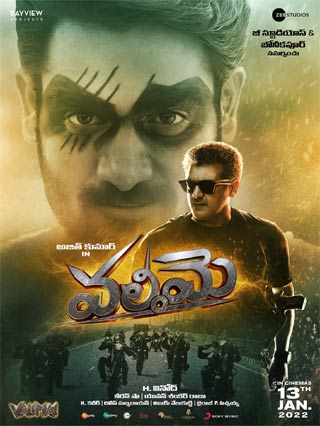 Ajith is ready with his new film Valimai that is ready for a release on the 13th of this month. But as the Covid cases are high, the theaters in Tamil Nadu will be closed soon as per the news.

The film was supposed to release in Telugu as Balam and we have come to know that the pre-release business of the film has been locked for 4.5 crores in Telugu.

So, whenever the film releases, it has to make over 5 crores to be in the profit zone. Telugu hero Kartikeya plays the main villain in this film which is directed by Boney Kapoor.