Often, fans of several Kollywood and Tollywood star heroes resort to murky abuses at each other on social media. But it’s the fans of Tamil superstars Ajith and Vijay who take this cyber menace to the next level.

But in an admirable gesture that’s winning everyone’s appreciation, Ajith, through his legal advisors, issued a statement yesterday against his so called fans. Ajith strongly condemned his fans who have been abusing and hurting individuals, critics, journalists and others using his photograph on social media.

Ajith has also apologized unconditionally to those who have been hurt or harmed by people misusing his name. Will other stars follow suit and tame their overenthusiastic fans? 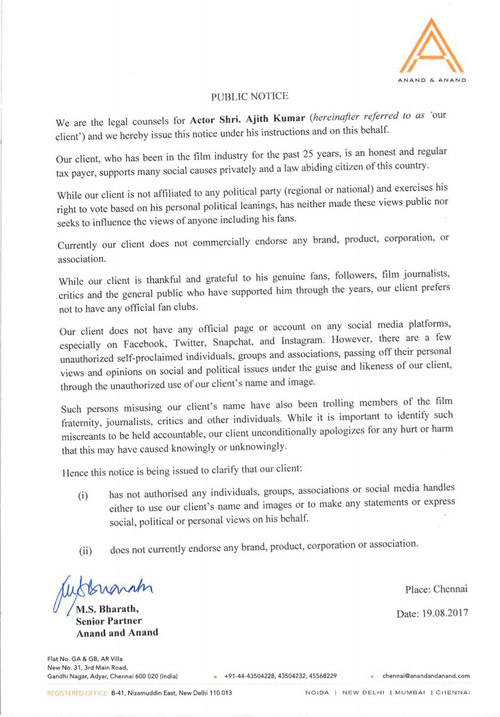