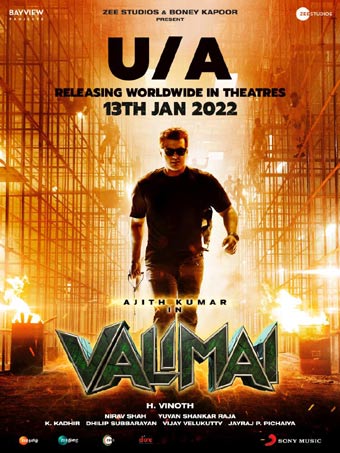 Tamil star hero, Ajith Kumar’s upcoming movie, Valimai has been already creating records on YouTube with its fantabulous trailer. On the other hand, the movie’s censor formalities have been finished today.

The Vinoth directorial has got U/A certificate from CBFC. Alongside, the runtime of the movie is also revealed and it is 2 hours 58 minutes and 35 seconds. The Telugu version of the film is yet to be censored.

The action drama also has Telugu actor Kartikeya as the antagonist. Huma S Qureshi, Bani, Sumithra, Achyunth Kumar, Yogi Babu and others have key roles in this movie, which is set to hit screens on January 13, 2022.