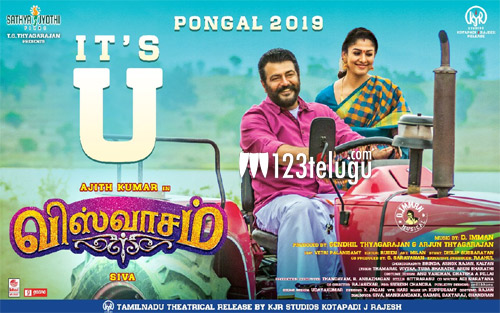 Tamil Superstar Ajith’s forthcoming mass entertainer, Viswasam, has completed its shooting part and presently, the post-production work is going on at a brisk pace. The film’s audio album and promotional posters are already getting good feedback from moviegoers.

Meanwhile, the latest update is that Viswasam has wrapped up its censor formalities and has been passed with a clean U certificate. As Viswasam is the fourth outing from Ajith and director Siva, expectations are quite high among fans. The film is touted as a village based entertainer.

Nayanatara is the female lead in this film. Sathya Jyothi Films banner has bankrolled this high budget entertainer. D Imman is the music composer.