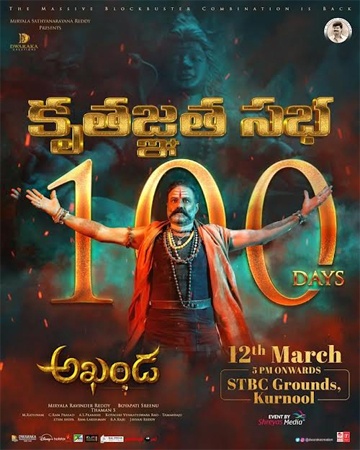 Despite many unfavourable conditions like corona third wave and low-ticket pricing in Andha Pradesh, Akhanda became a huge and true blockbuster at box office. The film produced by Miryala Ravinder Reddy under Dwaraka Creations provided massive profits for all the buyers.

Akhanda is the highest budgeted film in Balakrishna’s career and it is also the biggest earner for the actor. It is the highest grosser for director Boyapati and production house Dwaraka Creations as well. Balakrishna and Boyapati also completed hat-trick blockbusters in their combination.

Pragya Jaiswal played the heroine in the movie for which music was scored by S Thaman. The film is currently streaming on Disney+Hotstar.