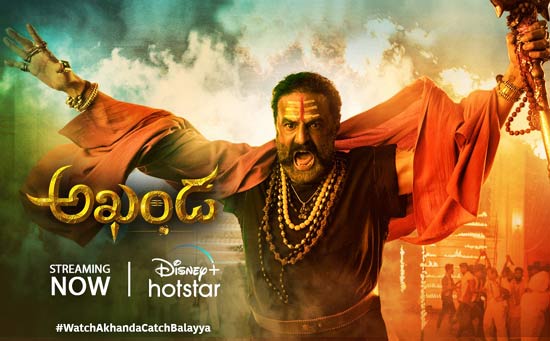 After creating a sensational rampage at the box office, Natasimha Nandamuri Balakrishna’s latest movie, Akhanda, has made its digital debut on Disney Plus Hotstar last evening.

As expected earlier, the movie has garnered a record number of views on its first day. According to sources, the movie has been watched by more than 1 million people within 24 hours of its OTT debut.

With this, Akhanda emerged as the highest viewed Telugu movie on OTT by smashing the existing records. Trade pundits are assuming that the movie will create more records in the coming days.

Directed by the successful director, Boyapati Srinu, the movie is bankrolled by Ravinder Reddy under Dwaraka Creations.