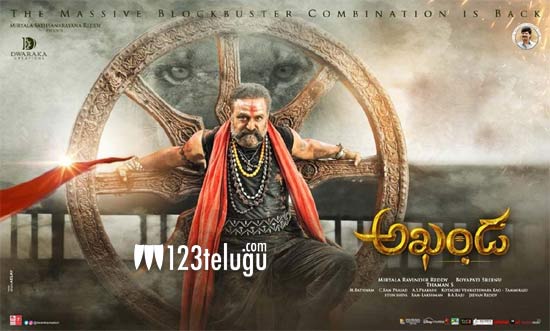 Nandamuri Balkrishna and Boyapati Srinu’s hattrick movie Akhada has created a sensation at the box office and on OTT as well. A few days ago, the action drama premiered on Maa TV.

The movie has also created a sensation with its world television premiere. It has delivered 13.31 TRP, which is decent for a star hero film.