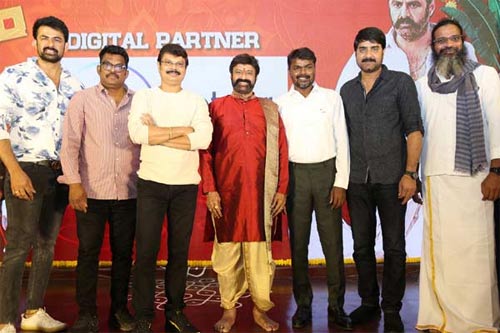 Star hero, Nandamuri Balakrishna, has scored a blockbuster hit with Akhanda. Released in the first week of December 2021, the movie is still doing well at the ticker windows.

A special success meet was held in Hyderabad today. During the event, Balakrishna thanked the audience for making the movie a sensational hit. He also appreciated the gutsy producer Miryala Ravinder Reddy for releasing the movie amid the Corona scare.

Balayya said that Akhanda is not only a pan-India movie but also a pan-world movie. Speaking of which, he commented that the movie has won the hearts of millions of people across the globe. He also noted that Pakistanis are also talking about Akhanda.

Besides, he thanked the entire cast and crew for being a part in making the action drama a superhit.