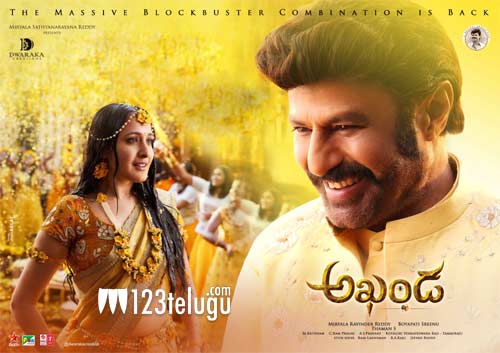 Balakrishna and Boyapati Srinu’s recently released action drama, Akhanda, is having a blast at the ticket windows. The film is said to have grossed a whopping Rs 56 crore in just 3 days and is all set to break even in several areas across the twin Telugu states starting today.

Meanwhile, Akhanda’s Hindi dubbing rights have been sold to a leading distribution house. Apparently, the film’s Hindi rights have fetched its makers a cool Rs 20 crore, reiterating the Akhanda phenomenon and North Indian audiences’ love for Telugu masala movies. The makers are yet to announce the Hindi version’s release date.

Also starring Srikanth, Jagapathi Babu, Pragya Jaiswal and Poorna in lead roles, this high budget entertainer has been produced by Miryala Ravinder Reddy. Thaman’s background score is being hailed as one of the best in his career so far.