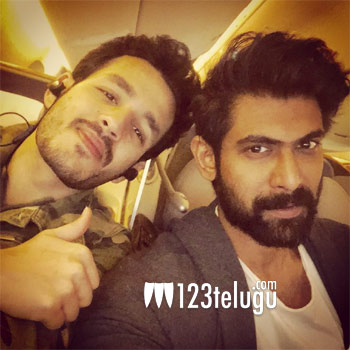 Young Akkineni hero Akhil and Rana Daggubati have taken off to the USA earlier today for Hello’s promotions. Akhil and Rana, along with the film’s music composer Anup Rubens, will take part in a series of promotional events in several cities in America.

On December 15th and 16th, Akhil and Rana will promote the movie in New Jersey and Dallas respectively. And on the 17th, Akhil and Anup will perform live at the Santa Clara Convention Center in California. This event will be held by the Bay Area Telugu Association.

Meanwhile, Hello’s breezy and soulful audio album has turned out to be a huge success and has taken the expectations on the movie to the next level. Directed by Vikram Kumar and produced by Nagarjuna, Hello is slated to hit the screens on December 22. The film introduces young heroine Kalyani Priyadarshan to Tollywood.