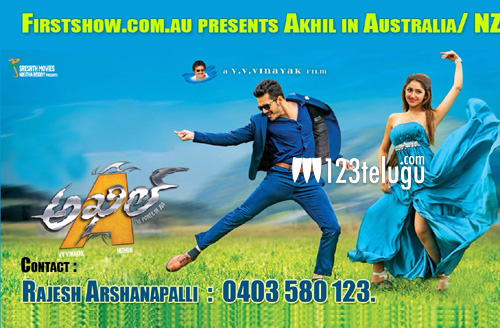 Handsome Akkineni lad, Akhil Akkineni, made an impressive debut with the multicrore action adventurous film, Akhil. However, the film’s dismal box-office performance disappointed the young debutant and the Akkineni fans. Since his debut film’s release, Akhil has been listening to several scripts.

Recently, there have been reports about Akhil signing his second film under Puri Jagannadh’s direction. The reports further said that Bandla Ganesh will be producing the film and that an official announcement will be made in a week’s time.

Now, Akhil took to his Twitter page and clarified saying, “Clearing the air, I have not signed any project at the moment. Working on it, during this time I have learned that patience is important!”