Akhil thanks US audience as Hello crosses half a million dollar mark
Published on Dec 24, 2017 6:06 pm IST 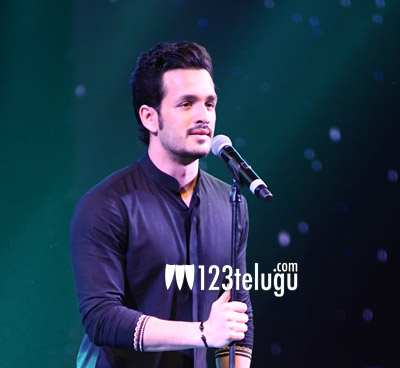 Akkineni young hero Akhil is happy with the response his relaunch film, Hello, has been getting from all quarters. The film, which grossed $210,840 from the US premieres on Thursday, continued the good show and collected $150,670 on Friday.

On Saturday, Hello grossed nearly $140K and thus the film has surpassed the half a million dollar club within just 2 days. Thrilled with the film’s performance at the US box-office, Akhil took to Twitter and thanked everyone for their love and support.

It will be interesting to see if Hello will manage to utilize the long festive season and enter the million dollar club in overseas.

Thank you for all the love and appreciation really means a lot to all of us and the whole team is greatfull pic.twitter.com/6DyoDFV2bj