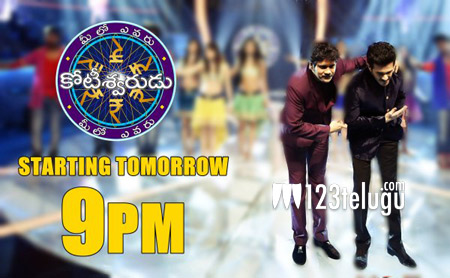 After the thumping success of its second season, Nagarjuna’s famous game show ‘Meelo Evaru Koteeswarudu’ is back with its season three. The game show which touched so many lives is set to re-create its magic very soon and latest update reveals that Nagarjuna’s son, Akhil will kick off the third season with his presence at 9 PM tomorrow.

Nagrajuna’s charming hosting skills and the celebrity Friday shows are one of the major reasons for the stupendous success of ‘Meelo Evaru Koteeswardu’.