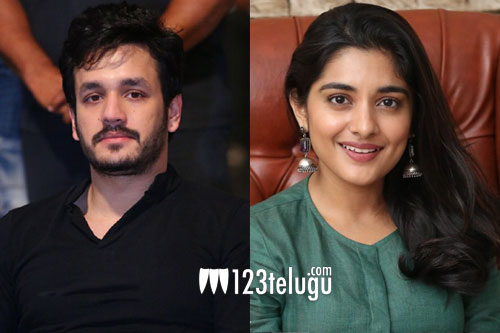 Akhil Akkineni is currently shooting for his fourth film, which is being directed by Bommarillu Bhaskar and produced by Bunny Vas under Allu Aravind’s presentation. For the last few months, there have been several speculations regarding Akhil’s next project.

Now, if the latest reports are anything to go by, Akhil will be teaming up with talented Malayali actress Nivetha Thomas for his fifth film. Interestingly, the film will be thriller and it will be directed by Awe and Kalki fame Prasanth Varma. More details and an official announcement regarding this exciting project are awaited.