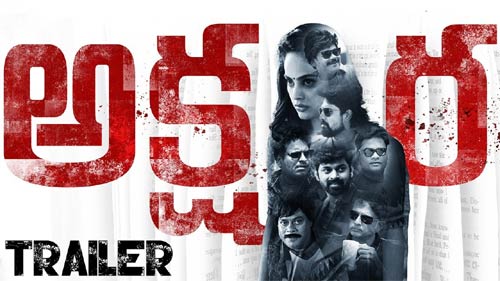 Akshara is a film that is being awaited for a long time now. The film is a serious drama and today, the makers revealed the trailer of the film on social media.

The manner in which the trailer is started with a voiceover about education looks so authentic. The film is based on the corrupt education system and how noted organizations do fraud business in return for education.

All this is established so well in the trailer. Nanditha Shwetha is shown as the teacher Akshara who opposes the culture and takes on the corporates. Her look, costumes, dubbing, and screen presence look perfect in the trailer.

The BGM, character actors, and setup are quite good and give a different feel to the audience. As the subject matter is quite relatable to many, things look positive for this film. The investigation setup also gives the film a good thrill.

Ahiteja Bellamkonda and Suresh Varma bankrolled the film, jointly. For now, the film directed by Chinni Krishna looks taut and gripping with its trailer.