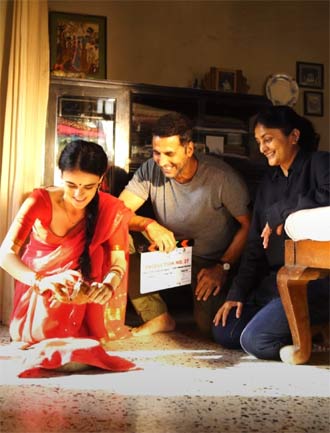 Everybody knows that Sudha Kongara who scored a blockbuster with Soorarai Pottru (Aakasam Nee Haddhu Ra) announced the Hindi remake of the movie. Featuring the star hero Akshay Kumar and Radhika Madan, the movie is in the news again.

The movie has begun officially with a formal pooja where Radhika has broken a coconut on the ground. Akshay Kumar and Sudha Kongara are also there in the video, shared by the Bachchhan Pandey actor on Instagram. Besides, he asked his fans and followers to suggest a title for the film.

Kollywood star actor Suriya, who acted in the original film, and his wife are producing this flick under 2D Entertainment banner in association with Abundantia Entertainment. More details of the rest of the cast and crew will be announced soon.