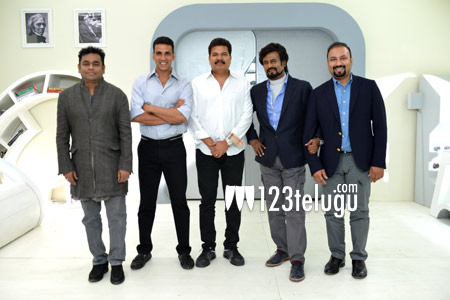 By now, everyone knows that Bollywood star Akshay Kumar will be doing a special role in Rajinikanth’s Robo 2.0. Shooting of the film is currently under way in Chennai and some key scenes are being shot on both Akshay and Rajninikanth.

But what has caught the attention of many is that Akshay had postponed his big budget Hindi film to accommodate this project. Akshay was supposed to take his home production Namastey England on floors this month, but postponed it as he got an offer opposite Rajini.

Robo 2.0 is directed by the talented Shankar and has Amy Jackson as the female lead.