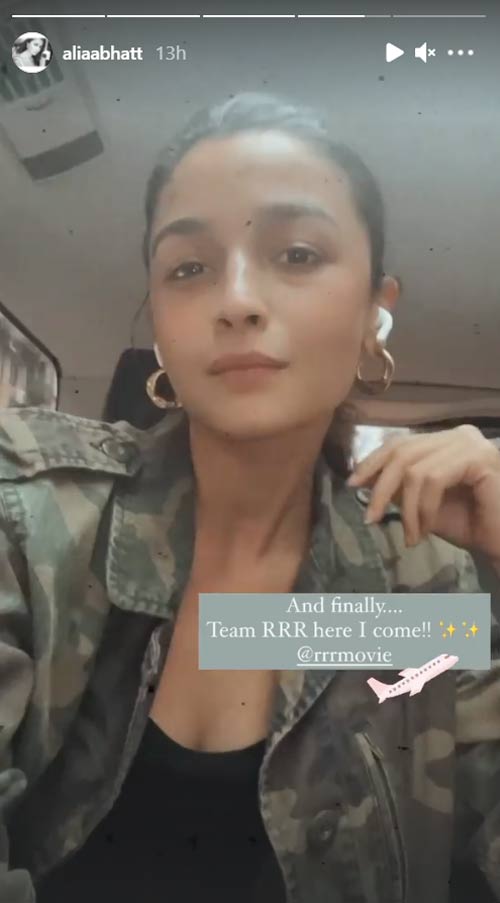 Star Bollywood heroine Alia Bhatt has landed in Hyderabad a couple of days ago. The talented actress has joined Team RRR this morning and began shooting for RRR’s special promotional song, which is being shot in specially erected sets in Annapurna and Saradhi Studios.

After wrapping up the promotional song, Alia will also complete the patchwork talkie part. Later, RRR’s entire core cast and crew members will be flying to a European country to shoot an ambitious song. More details about the upcoming schedule will be out soon.