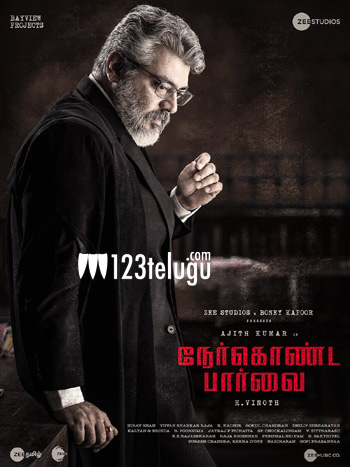 It is a known fact that Ajith is doing the remake of the Hindi hit film Pink in Tamil. The thriller is being produced by Boney Kapoor and has been titled Nerkonda Paravai.

The news is that the trailer of the film will be released today. All eyes are on Ajith as to how he reprises the role of Amitabh Bachchan from the original.

The film is directed by H Vinoth of Khakee fame. Ajith plays a lawyer in the film which is about rape victims. There is a good buzz on this project and we need to see if Ajith manages to create the same impact which the Hindi film did.