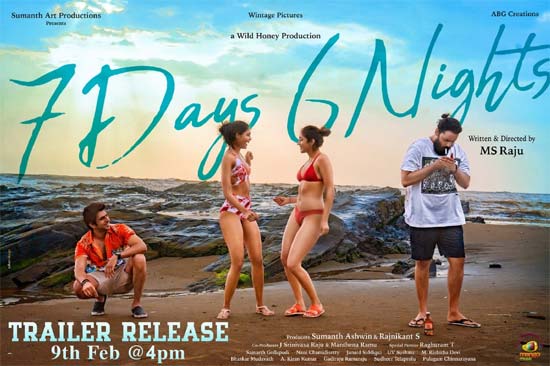 M S Raju is a man who is known to all. He has produced some of the biggest films in his career so far. Of late, he has turned director and is making some content-based films.

Now, he is done with the shoot of his new film 7 Days and 6 Nights’. The film will be released soon and the word now is that the trailer of the film will be out tomorrow.

Not many know but close to 16 technicians are being launched with this film. So, after the success of Dirty Harry, we need to see what kind of content does the senior producer come up with this film.