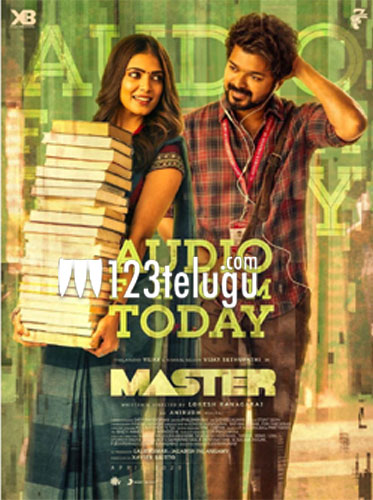 Today is a big day for all the die-hard fans of Tamil star Thalapathi Vijay. The actor’s upcoming action thriller, Master, will have its audio album launched in a modest ceremony at a star hotel this evening in Chennai.

Master’s music has been composed by young Tamil composer Anirudh Ravichander. Since the film marks the second collaboration between Vijay and Anirudh after their previous blockbuster, Kaththi, fans’ expectations on Master’s album are humongous.

Already, the two songs that have been released from Master’s album have been received well by fans. This Lokesh Kanagaraj directorial also features acclaimed Tamil star Vijay Sethupathi, actresses Andrea and Malavika Mohanan in crucial roles. Xavier Britto is bankrolling the film.