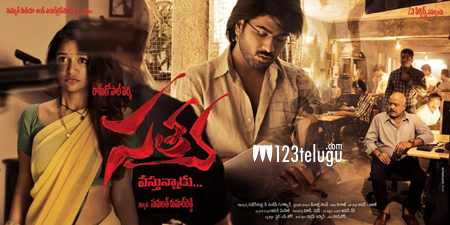 Maverick director Ram Gopal Varma seems to be the favourite child of controversies, as every film of his runs in to some sort of controversy.

RGV is currently gearing up for the release of his upcoming film ‘Satya 2’, which is all set to hit the screens tomorrow. The movie was supposed to release on 24th Oct, but was postponed due to the issues with LR media group which co-produced the movie. Even now LR media tried to stop the release of the movie, but court has rejected their plea and gave an order to release the movie as scheduled. Dil Raju is distributing the movie in AP which has increased the expectations on the movie.

Sarwanand and Anaika Sothi are playing the lead roles in the movie. M Sumanth Kumar Reddy has produced the movie.