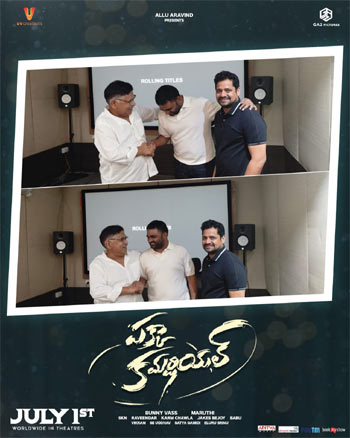 Pakka Commercial is a film that has created decent hype for itself. The film is directed by Maruthi and has Raashi Khanna and Gopichand in lead roles.

Allu Aravind has presented this film and today, he watched the final copy. Thrilled with the outcome, he congratulated Maruthi and Bunny Vas for making a solid film.

Gopichand will be seen as a lawyer in this film which has Rao Ramesh as the main villain. The film is a comedy caper with a dose of action and will be out on July 1st.