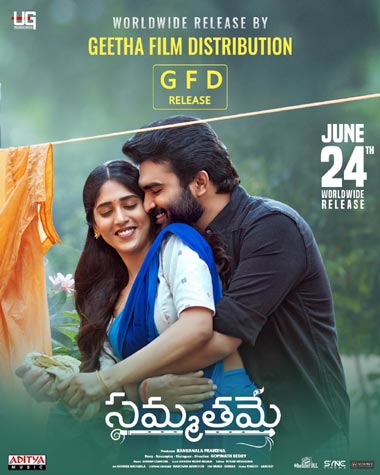 Young actor Kiran Abbavaram’s upcoming movie Sammathame is all set for a grand theatrical release worldwide on June 24, 2022. Directed by debutant Gopinath Reddy, the film has Chandini Chowdary as the leading lady.

The latest news is that the ace producer Allu Aravind will release Sammathame worldwide under Geetha Film Distributors. An official has also been made regarding the same.

Produced by Kankanala Praveena, the movie has Shekar Chandra’s music. The movie’s trailer will be out tomorrow and the pre-release event is likely to happen on June 20, 2022. Keep watching this space for more details.