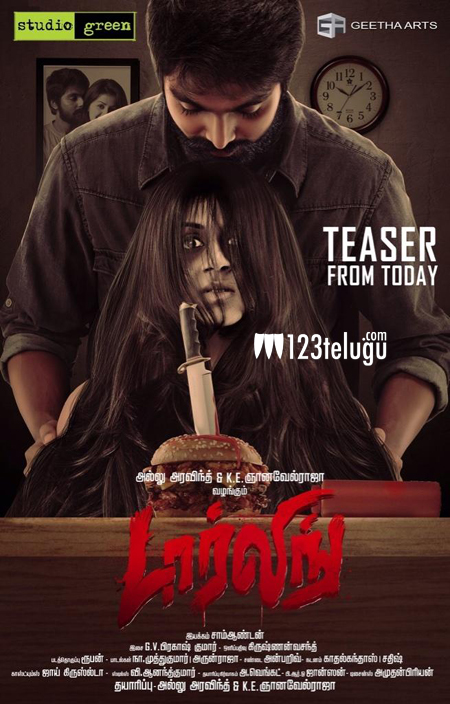 Sudhir Babu and Nandita starrer Prema Katha Chitram​, was a runaway success ​in Telugu. Maruti was successful at mixing the right blend of comedy and horror to churn out a whole some entertainer. This movie was remade in Kannada and was successful there as well. Now ​noted producer Allu Aravind has rema​de this flick in​Tamil​.Geetha Arts and Studio Green are co producing this film titled Darling.

​Noted music director G V Prakash plays the lead role in the film.Geetha Arts has earlier remade Ghajini in Hindi and it was a block buster there. This production house surely has the knack for investing in the right movies.