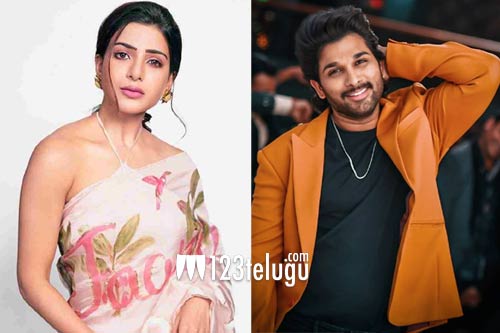 For the first time in her career, actress Samantha will be sizzling in a special song. Sam will be going bold alongside Allu Arjun in Pushpa’s special song. The shooting for this much-talked-about dance number will kick-start today at a specially erected set in Ramoji Film City.

Top Bollywood choreographer Ganesh Acharya will be composing some ultra maas dance moves for Bunny and Sam. Devi Sri Prasad has composed the song, which is expected to be one of the major highlights of the movie. This Sukumar directorial also features Mollywood star Fahadh Faasil, Sandalwood actor Dhananjaya, Sunil and Rashmika Mandanna in lead roles.