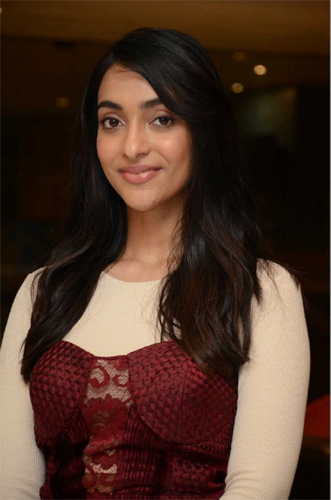 Born in Hyderabad, young actress Amrin Qureshi is all set for her Bollywood debut with Bad Boy, a remake of the Tollywood hit Cinema Chupista Mava. Amrin is the daughter of Tollywood filmmaker Sajid Qureshi.

Amrin has been shooting for Bad Boy’s songs in Hyderabad since December. She interacted with the media and opened up about her Bollywood debut, future projects and her favourite stars. Amrin said that she is a huge fan of Allu Arjun and Sai Pallavi in Tollywood and that she also admires the yesteryear divas Savithri and Sridevi.

Even as she is excited about her Bollywood debut, Amrin also revealed that she recently signed her maiden film in Tollywood and another film in Malayalam. The young starlet is also being offered exciting films by Kollywood filmmakers.

After Bad Boy, Amrin’s next Bollywood project will be a remake of Allu Arjun’s super hit, Julayi. Interestingly, Amrin has been paired with Namashi Chakraborty, son of Mithun Chakraborty, in both the movies.