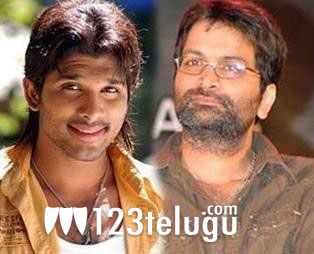 The new schedule of the untitled film starring Allu Arjun and Ileana will begin from tomorrow at Ramoji Film City. Recently, a rain fight sequence was canned at RFC and Allu Arjun braved cold temperature to complete the fight sequence. It’s the first time that Allu Arjun and Ileana are pairing up for this film. Trivikram Srinivas is directing the film. There’s a lot of positive buzz about this film and the unit members can’t stop raving about Allu Arjun and Trivikram Srinivas’ dedication. Ileana had earlier teamed up with Trivikram Srinivas for Jalsa. Radhakrishna is producing this film on Harika Hasini Productions and DVV Danayya is presenting it. Devi Sri Prasad is composing the music. The film is going to release this summer.