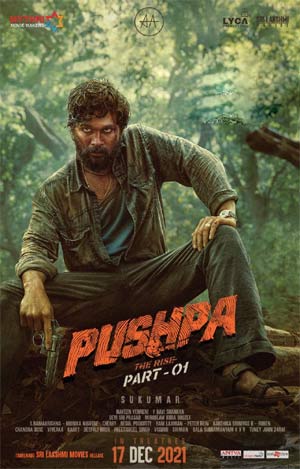 Icon Star Allu Arjun and National Crush Rashmika Mandanna’s upcoming film ‘Pushpa – The Rise’ is all set to hit the big screens on 17 December 2022. The trailer of the film is going to be released tomorrow.

The makers have already kick-started the promotions and, as a part of it, they have released a special making video of Pushpa.

In the video, the protagonist Allu Arjun has requested the cast and crew to keep the shooting spot very clean. He asked everyone to use trash cans to dump the used water bottles, plastic cups and papers, as long as the team works in Maredumilli forests in Andhra Pradesh.

Moviegoers are eagerly waiting to see Allu Arjun’s rugged look and his astonishing performance in this Sukumar directorial. The songs composed by Devi Sri Prasad have already topped the charts.