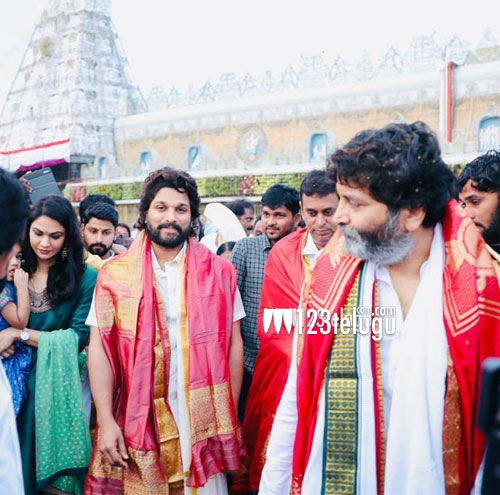 Stylish Star Allu Arjun is thoroughly enjoying the historic success of his Sankranthi family entertainer, Ala Vaikunthapurramuloo. He sported a suave look in the movie. But he is all set to thrill his fans in a never before rugged avatar in his highly-anticipated action entertainer under Sukumar’s direction.

Recently, Allu Arjun visited Tirupati with his family and director Trivikram and offered special prayers to Lord Balaji. A few pictures from his Tirupati have been going viral on social media ever since and fans can’t stop gushing about their favorite hero’s never before seen look in a beard. Apparently, Bunny will be sporting en even thicker beard and a bulky body in Sukumar’s film.

Bunny will be kick-starting the shoot soon in this month. The film is set in the Seshachalam red sanders smuggling backdrop.