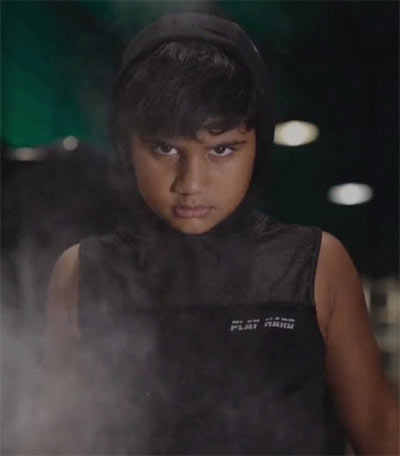 Ghani is a film that has caught the imagination of many. Varun Tej will be seen as a boxer and he has gone into a terrific transformation.

The film is ready for a release and today, the makers revealed a small video where none other than the son of Allu Arjun, Ayan is seen reprising Ghani from the film.

Ayan looks super cute in this workout video which has now gone viral in no time. This is a nice way of promoting the film and credit should go to producer Allu Bobby for bringing Ayan on board for this video.