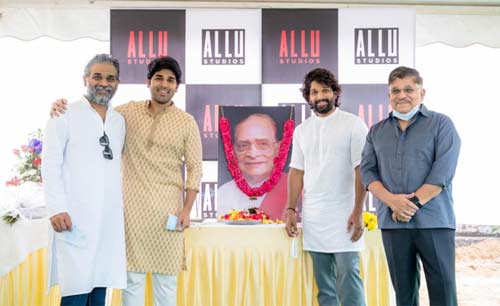 The news is that the Allu family will come up with a state of the art film studio in the Gandipet area of Hyderabad. This studio which will be spread in over 10 acres will be built with some of the best facilities for filmmaking.

The plans are already in place and the construction will happen soon. Allu Aravind and his sons, Sirish, Bobby, and Allu Arjun today made this special announcement. This is quite good news and gives life to many workers.