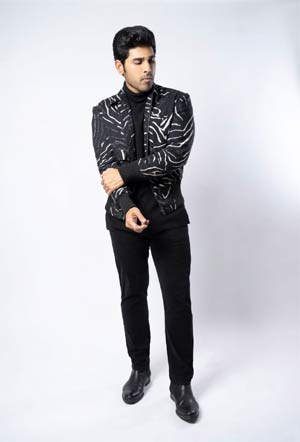 Hero Allu Sirish has been working on his upcoming film under Rakesh Sasi’s direction these days. This as-yet-untitled film has wrapped up 35 days of shoot so far and more details about the film will be out very soon.

Meanwhile, Sirish did a photoshoot recently. A couple of pictures from the shoot are making a splash on the internet. The young hero is looking stylish and suave in trendy wear. Apparently, the film Sirish is going to come up with is said to be something ‘big and trendy’, and this photoshoot seems to be in sync with it.