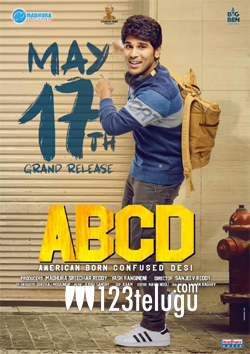 Allu Sirish-starrer youthful entertainer, ABCD, is all set to hit screens in a few hours. The film is an official remake of Malayalam star Dulquer Salmaan’s hit, American Born Confused Desi. Rukshar Dhillon is the leading lady in the movie.

As per the latest updates, ABCD will be Sirish’s biggest release till date. The makers and presenter Suresh Babu are releasing the film in a whopping 607 screens across the world. While the film will be released in 214 screens across Andhra and Ceded regions, 137 screens in Nizam and 74 screens in overseas will play ABCD. Other key areas like Bengaluru, Chennai, Kerala and North India will play the film in remaining number of screens.