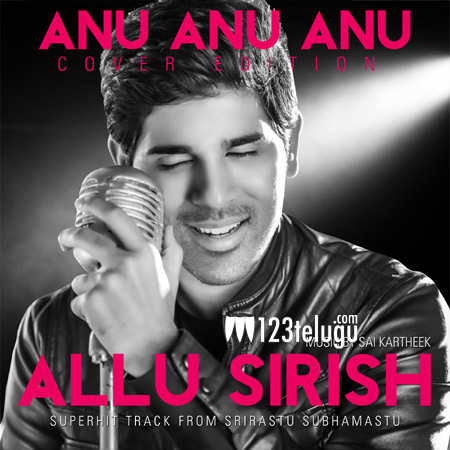 Allu Sirish and Lavanya Tripathi starrer Srirastu Subhamastu is turning out to be a hit. Cashing in on the success talk and encouraging words from star celebrities, the makers are doing right things to take the film to next level, in terms of box office collections.

They recently added few amusing sequences have turned productive for the film to continue its good run at box office. Now, the makers have released an audio song ‘Anu Anu Cover Version’ sung by Allu Sirish.

Crooned the song like a professional singer, Sirish indeed has made an impressive singing debut. The feel and emotion of Sirish’s voice is quite striking. SS Thaman composed songs of Srirastu Subhamastu, wherein this cover version has been rendered by noted composer Sai Karthik.

“So! It was me who sang the cover version of ‘Anu Anu’ song. Here’s the full version. Lemme know what you felt. The song will be soon available on iTunes, Saavn, Wynk & Hungama. Also on Radio Mirchi, Red FM, Big FM & Radio City. Keep listening!” posted Allu Sirish on his Twitter page.

Video of the song shot on the film’s lead pair Allu Sirish and Lavanya Tripathi will be launched tomorrow. So, another feast is on the way for mega fans.