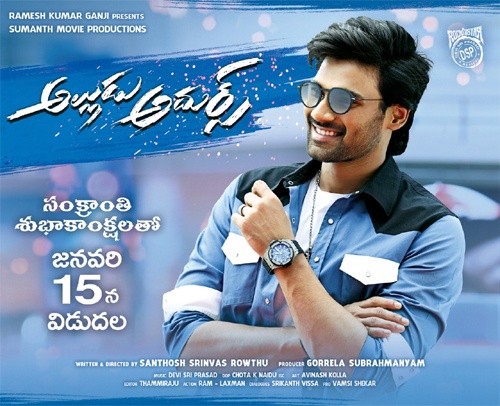 Alludu Adhurs is a film that has created a lot of buzz with its promos and songs. The film which was set for a grand release on the 15th of this month has now changed its plan.

The latest update now is that the film has been preponed a day before and will come out on the 14th of this month. Bellamkonda Srinivas is playing the main lead in this film.

Incidentally, Ram’s Red is also releasing on the same date and this makes the competition even tougher. Santosh Srinivas has directed this film which has Prakash Raj, Sonu Sood, and Nabha Natesh in key roles.