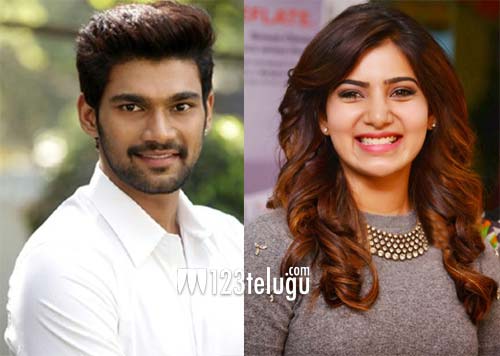 Right from his first film, actor Bellakonda Srinivas has worked with top actresses. Samantha, Kajal Aggarwal, Tamannaah and Pooja Hegde. While he teams up with actress Kajal yet again for his next with Teja, the latest we hear is that he is likely to join hands with Samantha who was his lead actress in his debut film Alludu Seenu.

Even as Ajay Bhupathi, the director of RX 100, teams up with Srinivas, we hear he is keen to rope in Samantha to play the lead and talks have already been initiated.

Five years ago, Samantha was still the top name in the industry but was playing a different game in terms of roles. Post marriage, she has taken a completely different stance. It is to be seen if she will say yes to this one.