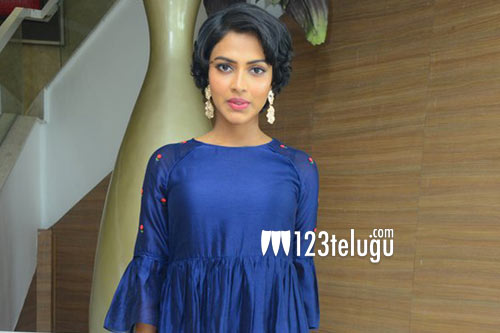 After a long gap, Amala Paul took everyone by surprise with her bold role in Netflix’s Telugu anthology, Pitta Kathalu. The actress appeared in Nandini Reddy’s segment in the series, and Amala Paul’s performance received good appreciation. Now, the actress will soon be seen in yet another web series in Telugu.

As per the latest reports, Amala Paul’s next in Telugu is a sci-fi thriller, titled Kudi Edamaithe, which will be released later this year on AHA! OTT. Directed by Pawan Kumar, who helmed Samantha starrer U Turn, has directed the series, and the entire shoot has been wrapped up. The 8-episode series will have Amala Paul and Rahul Vijay in lead roles.

The actress also has a couple of films lined up in Malayalam and Tamil. More details about her Telugu series are expected to be revealed soon.