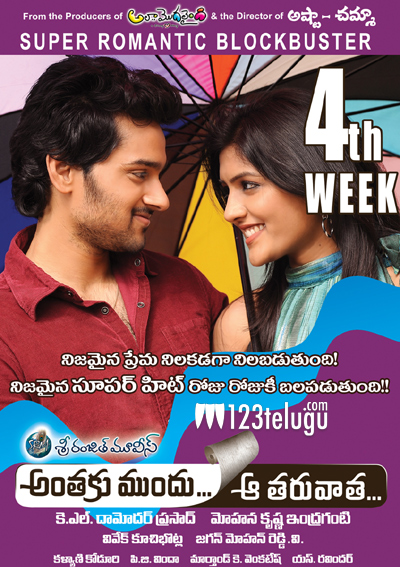 The romantic family entertainer ‘Anthaku Mundhu Aa Taruvatha” has been doing good business in the USA. For its budget and scale of release, revenues are pretty good. The movie has raked in a figure of US$ 52,500 so far.

Indraganti Mohana Krishna has directed this movie. Sumanth Ashwin and Eesha have essayed the lead roles. Veteran actress Madhubala made a comeback to the silver screen after a long time with this film. Rao Ramesh, Rohini and Ravi Babu essayed crucial roles.

The film deals with the dynamics of relationships before and after marriage.