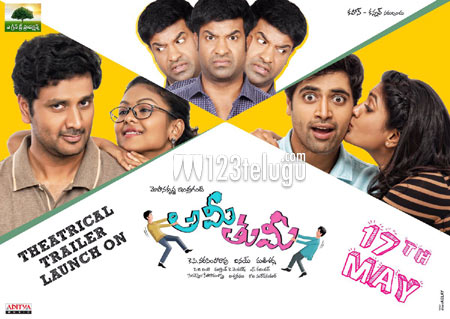 Indraganti Mohanakrishna’s forthcoming screwball comedy, Ami Thumi, has been making a big splash on social media with its interesting posters and the teaser. The latest update is that the film will have its theatrical trailer released on the 17th of May.

The film’s post-production work is underway currently. The movie will hit the screens soon in this summer. KC Narasimha Rao has produced​ this movie on A Green Tree Productions banner.