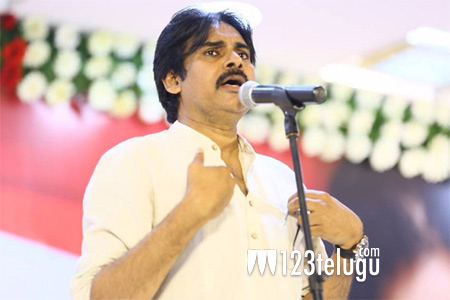 On the third day of his Chalo Re tour, Janasena President Pawan Kalyan interacted with several students, government employees and Janasena activists in Vijayawada. Addressing his fans and party activists, Pawan said that he is going to quit acting forever.

“There are constant allegations that I’m a part-time politician who appears and then disappears occasionally. That’s why I have decided to quit movies forever and stick to active politics,” Pawan stated. Pawan also said that he will setup Janasena Party office in Chinakakani, Mangalagiri.