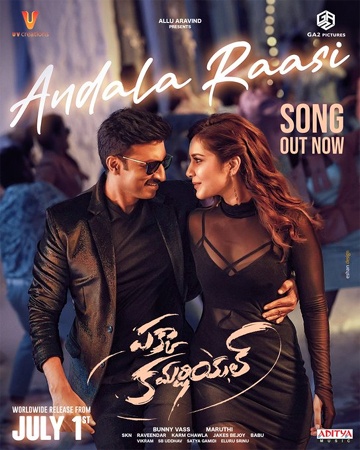 Tollywood actor Gopichand will be seen next in Pakka Commercial. Written and directed by Maruthi, the movie is ready for a grand release in theaters on July 1, 2022.

Today, the makers of the movie have released the second song from the movie. Titled Andala Raasi, the melodious track is composed by Jakes Bejoy. Sung by Saicharan Bhaskaruni and Ramya Behara, the track is a nice foot-tapping melody. Lyrics penned by Krishna Kanth(KK) are good and the dance moves composed by Jani Master are quite catchy and energetic.

Sathyaraj, Rao Ramesh, Anasuya Bharadwaj, Saptagiri are also a part of this flick. Produced by UV Creations and GA2 Pictures, the movie is presented by Allu Aravind.