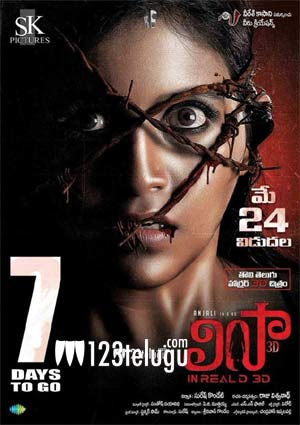 Lisaa is a horror film which has made a lot of noise these days as it has been made in 3D which is a first in the south. The film has Anjali as the main lead and is up for a release on the 24th of this month.

It has been quite some time since we have seen Anjali in Telugu and her popularity has gone down in the last year or so. As the film is being promoted more and has a good craze, Anjali has pinned a lot of hopes on this film to get back in the game.

Suresh Kondeti produces this film which is being directed by Viswanath. We need to see if this film brings back Anjali in the game or not.